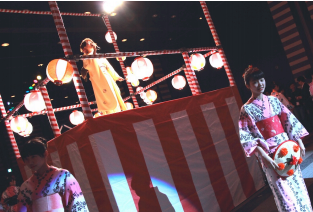 The 3rd Asian Side Of The Doc saw a measurable growth across all statistics. This is a testament to the growing interest in the event spurred by the increasing numbers of Asian and Western players who are coming to realize the strength of Asia as a hub factual content & production partnerships. 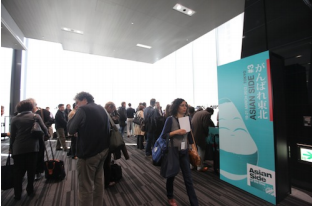 Distinguished guest Mr Garandeau – who used to be an advisor for Culture and Communication to the President of France, Mr. Nicolas Sarkozy – commenced the 2nd day with an opening address on behalf of CNC. ASD is not just an opportunity to make new deals and renew relationships but also a chance for delegates to learn about the rich culture of the host country.

On the opening night, participants were treated to traditional performances from the devastated region of northeastern Japan: Onikenbai (a 1000 year old dance) , Minyo Singing and Obon Dance. Food Stalls (Yatai) were set up in the fashion of a traditional farmer’s festival and the delegates were treated to an epicurean buffet of food and sake from the devastated Tohoku region.